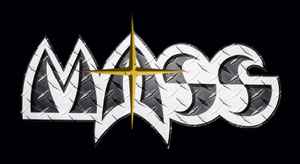 Profile:
Mass is a heavy metal band is from Boston, Massachusetts which formed in the 1979 as Axes. In 1982, the band recorded their first album for A&M records with well known producer Tom Allom (Judas Priest/Black Sabbath). Unfortunately, due to issues with the label and Mass' management, the album was shelved and not released. After a couple years of litigation to break from their management, in 1984, MASS released their self-titled EP produced by Jon Mathias. It was recorded at The Record Plant in New York City. The EP sold 10,000 copies in the Boston area alone, and got the attention of record companies. The band signed with RCA Records and released their first official album "New Birth" in 85'. No luck over their either as RCA decided not to give them any support. Enigma Records decided to pick up their contract and Mass recorded another EP in 88' (Take You Home) and another full length album in '89 (Voices in the Night) with Micheal Sweet producing. Though this would be the band's last major label release, they have continued to release albums and tour over the decades.
Sites:
massrocks.com, metal-archives.com, Facebook
Aliases:
Axes (4)
Members:
Gene D'Itria, Joey "Vee" Vadala, Lou Spagnola, Louis D'Augusta