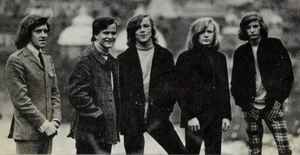 The Shanes were a Swedish rock and roll band active from 1963 to 1969. The group played in a variety of British- and American-influenced styles, including R&B, Merseybeat, psychedelia, and instrumental pop. They were very successful in their home country, landing a string of top ten hit singles, including "Chris-Craft No. 9", which reached #2 there in 1967. They released one single in Britain on Columbia Records, "I Don't Want Your Love", but it did not chart there.