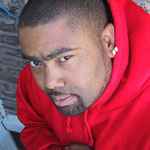 Real Name:
Robert Woods
Profile:
American DJ and producer born 6 August 1970 in Chicago, Robert has an expansive Musical career that started at the age of 14 with Djing and remixing from the age of 18. In his cellar Robert started organising parties that became very popular in his neighbourhood. Some of the diehard visitors of Robert basement parties were inspired by him and became also DJs, amongst them was DJ Rush others became Rapstars like R. Kelly. Robert was going to become a police officer up until he spun abroad in Italy and realized his true passion. It was actually in Italy where his female fans named him Armani because of his designer clothes he loved to wear. Robert’s Influences include Armando, Mike Dunn and Frankie Knuckles. He sees his music sticking with old styles and doing “whatever comes to mind”. Producing with labels including Dance Mania, Pushpac Productions, ACV, Brooklyn Music Limited (BML), High Octane Recordings and many more Armani has captured the ears of fans and promotors all over the world . He has played many international parties giving people his hard Techno fell. You name the place Armani has played there from Chicago to Japan.
Sites:
Bandcamp, Facebook, mixcloud.com, MySpace, SoundCloud, Wikipedia, Wikipedia
Aliases:
Robert Woods
Variations:
Viewing All | Robert Armani
Armani, R Armani, R. Armani, R.Armani, RA, Robert, Robert "Woods" Armani, Robert Armany

January 21, 2017
whenever an ambulance goes past me with a siren on in london i think of Robert Armani and i start humming to my self AMBULANCE!!
Reply Notify me 6 Helpful

For me Robert Armani is Chicago and Chicago is Robert Armani.
He is the true king of the 909 and the main man behind the entire jump and hardstyle techno scene. Over the years the man made one classic after the next: Ambulance, Hit Hard, Remote Control, Road Tour, Chicago Calling, Burn Out, Grind, Circus Bells,... But on every record he makes you can find abominations as well like: Dusted Dancefloor, Fire Alarm, Watch It, Scrabble,...
A lot of people also tend to forget that Robert Armani is very skilled at using the 303.
I've met a lot of dj's and artists over the years and it is very strange to say but nobody likes Robert Armani, they either love his records or they hate them, nothing in between. I for one love his style no matter how many cheap and irritating tracks he made/ makes, he still remains my God for all of those anthems you hear at clubs and parties.