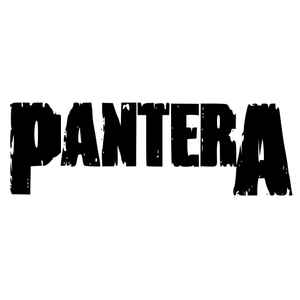 Donny Hart left in 1982 (for the first time), and Terry Glaze abandoned his guitar and became a full-time singer. Later in 1982 Tommy D. Bradford left as well, being replaced by Rex Brown.

In early 1986 Terry Glaze left, and first was replaced by Matt L'Amour on vocals in winter 1986, later by Rick Mythiasin, and later by David Peacock who was the band's vocalist from late spring 1986 to October 1986.

Pantera released 4 albums in the 80's (the last one, "Power Metal" from 1988 features new vocalist, Phil Anselmo). Their early work did not achieve commercial success. In 1990 Pantera released their commercial debut album "Cowboys from Hell". Pantera would go on to release two extremely successful albums; "Vulgar Display of Power" and "Far Beyond Driven". In 2003, three years after Pantera's last studio album, "Reinventing the Steel", the band split up after troubles with vocalist Phil Anselmo committing to the band - officially split on November 24, 2003.

On December 8th 2004, Dimebag Darrell was shot and killed onstage while performing with Damageplan at the Alrosa Villa in Columbus, Ohio by Nathan Gale, a schizophrenic former US Marine.

In July 2022 Pantera's surviving members Rex Brown and Phil Anselmo (while not being founding members) announced a reunion tour in 2023 - with session/touring musicians being Zakk Wylde (guitars) and Charlie Benante (drums).

1. In their first era, they recorded and released 3 albums with their previous vocalist and their 4th album with their last vocalist (IMO their music was not that bad as a lot of their fans from 1990-2000 era claimed, they knew how to write songs from the beginning but they didn't stand out from the rest).

I used to buy Metal Hammer music magazine for some time but once I bought Metal Edge music magazine (which was mostly about hard rock and it's sub-style glam rock, and the rest about metal) because it contained an interview with PANTERA's great guitarist Dimebag Darell in which it was written that he said that nothing was wrong with glammy 80's when he looks back, but that they were just following others and if you don't figure it out for yourself you'll always have to follow others.

P.S.: All the other bands of PANTERA's band members sound average IMO in mass music production these days, and their vocalist Philip Anselmo can't earn any real money with all his other bands unless he plays PANTERA's songs live.
See 2 replies