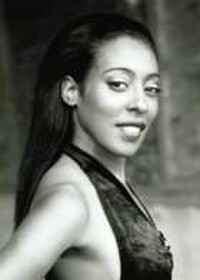 Real Name:
Anita D. Davis
Profile:
The american born Anita Davis studied song, drama and dance in New York. After her studies she worked in Broadway and she has also been working as a background singer.

In 1994, she played the role of the black widow in Peter Maffay's musical Tabaluga & Lilli. A track entitled Eis im September was featured on compilation Tabaluga & Lilli Live and credited to her.