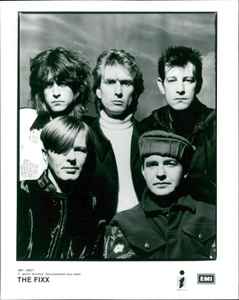 Profile:
The Fixx are an English rock band formed in London in 1979, initially calling themselves Portraits.

In 1980, McGrail left and was replaced by guitarist Jamie West-Oram and changed their name to The Fix, then The Fixx, as their new label, MCA was worried about the potential drug-user implication of the band's name.

Preorder available now for new album out in October. Just ordered mine!!!