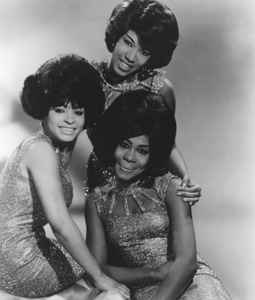 Profile:
The Marvelettes were an American girl group in the Motown roster, active primarily in the 1960's. They are most notable for their 1961 smash hit "Please Mr. Postman" which set the precedent for later Motown girl groups and helped pave the way for Motown's later success. The group disbanded in 1970.

December 15, 2021
Durium Marche Erstere DE. 2599
Italy
A Too Many Fish In The Sea
B A Need For Love
I'd say one of their most beautiful picture sleeves: yellow sleeve with b/w photos of the four girls. Couldn't find it anywhere on the net.
Reply Notify me Helpful