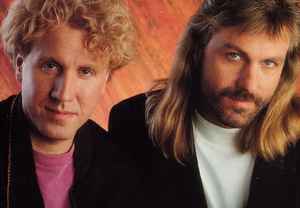 The pair met at Graves Elementary School and in fifth grade formed their first band. While attending Hillcrest High School they and a friend Charles "Buddy" Abbott formed a band Globe that wrote and recorded for Hi Records. After both underwent a religious conversion while seniors, the group ejected them and they formed the eponymous Christian rock band, signing with Pat Boone's Lamb & Lion Records and releasing debut THIS TIME THRU in 1977. Drummer Greg Morrow and bassist Tommy Cathey, whose stage attire was a fedora and gangster zoot suit, rounded out the lineup.

During a 17 year span, the group was nominated for seven Grammy Awards and seventeen Gospel Music Association Dove Awards and landed their music video for "Six, Six, Six" on MTV. In 1987, they formed ForeFront Records.

After disbanding in 1994, Key went on to record several solo albums, co-found the Ardent Records (2) label, perform in Christian supergroup Mesa (10) and pastor a Cordova, Tennessee church while DeGarmo continued as a producer/label executive.