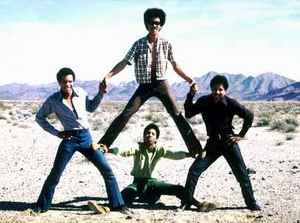 Profile:
Considered by many to be one of the founding fathers of funk, The Meters created a unique sound that lasted through the sixties and seventies and was reborn in the late eighties. Their trademark sound blends funk, blues, and dance grooves with a New Orleans vibe.
The history of this native New Orleans band dates back to 1965, when keyboardist & vocalist Art Neville recruited bassist George Porter Jr., drummer Joseph 'Zigaboo' Modeliste and guitarist Leo Nocentelli to form The Meters. They became the house band for Allen Toussaint and his record label, Sansu Enterprises. In 1969 the Meters released "Sophisticated Cissy" and "Cissy Strut", both major R&B chart hits. Cyril Neville, Art Neville's brother, joined the band in 1975 as a percussionist and vocalist for three of their albums for Reprise/Warner Brothers.
After twelve years and ten studio albums, The Meters disbanded in 1979 due to business problems. The original line-up reformed after an informal jam during the 1989 New Orleans Jazz and Heritage Festival. In 1994, Art Neville and Porter, alongside two new members, were officially christened The Funky Meters, and continued to perform into the next decade.
Sites:
Wikipedia
Aliases:
The Rhine Oaks
Members:
Art Neville, Cyril Neville, George Porter, Jr., Joseph Modeliste, Leo Nocentelli
Variations:
Viewing All | The Meters
Meters, T. Meters, The Legendary Meters, The Meteors, The Meter's, The Metres, The Metters

Upper echelon band certainly. Funk top 3 for me, with James Brown and Sly & The Family Stone (and Parliament/Funkadelic & Kook & the Gang rounding off my top 5/6).
It's also fair to say that with Porter's bass and Modeliste's drumming, The Meters stand in a league of their own!