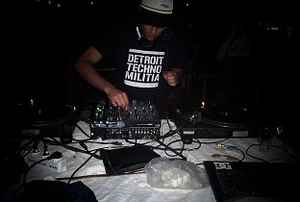 Real Name:
Alessio Pili
Profile:
He is born in Milan in 1980 and later moved to Sardinia. Pushed by a strong passion for electronic music, especially for Detroit and dark techno, he became a dj around the age of 18. His inspiration came from artist such as Steve Stool, Basic Channel, Luke Slater, Birmingham influenced techno and all the others pioneers of this style.
Sites:
Facebook, Facebook, residentadvisor.net, SoundCloud
Aliases:
Alex Pili
Variations:
Viewing All | Alessio Pili
A. Pili