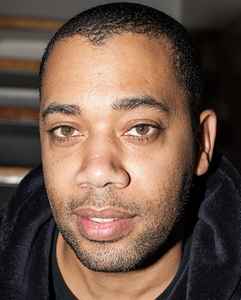 Carl Craig was a key player in Detroit techno's second wave, following the futuristic lead of originators Derrick May, Kevin Saunderson, and Juan Atkins, and eventually collaborating with May. He began recording at the turn of the 1990's, using a number of aliases to release innovative ambient, techno, breakbeat and future jazz sounds.

Matt Chicoine, under alias Recloose, later signed for Craig's own label Planet E Communications, a peerless dance label employing the same eclectic and futuristic ethos that informs his own music.

With releases under many aliases, including BFC, Psyche, Paperclip People, 69, Designer Music and Innerzone Orchestra; Carl Craig has more musical personalities than the average electronic artist. As much as his different guises can confuse though, his music is always easily recognized because whatever he does, it retains that certain Craig-ness of sound. A deep commitment to soul mixed with jazz, often including but not exclusively so, a detroit techno sound, has always been the watermark of his music.

Even when Craig is destroying dance floors with such songs as the classic track "Throw" (or one of the very many versions of it!) there is always a subtleness and attention to detail that separates his music from that of the typical dance music producer.

June 4, 2019
One hell of a phat banging phenomenal techno/house music dj and producer!!!

July 6, 2017
Since 2005 hardly an interesting sound from this guy. But what came before, say from 1990 until 2000 (and maybe even later), is the single most unique body of work from any techno producer. Not anyone was even a contender. On top of that he (re)defined the techno and house remix for at least two decades. Today I still feel that no electronic producer has been in the least able to challenge his forward-thinking legacy.

January 28, 2010
Has Carl Craig ever done anything crap? Or even anything that doesn't blow you away?

I think a lot of people who make house music fall into one of two categories:
- a dj (or)
- a musician
I think Carl Craig falls most definitely into the latter of these two categories. Don't get me wrong, i'm not saying he's a bad dj, it is just that you listen to his productions and think to yourself that there is a musician - a proper artist.
The man makes music that touches the soul.

April 30, 2004
It is quite clear that Carl Craig has played an integral part in the history of Techno everybit as much as derrick juan kevin and Eddie flashin fowlkes (eddie often referred to as the unfairly forgotton brother of Detroit).
Carl Craigs production can be quite hard to understand and even quite hard to get into, especially to those new to his music, HOWEVER listen a second time and you begin to understand. Listen a few more times and you're hooked. The same is to be said about his DJ kicks more directly his Workout mix CD. It may seem a bit light and bitty to some, but keep on listening properly and you begin to realise that this is a man who constantly pushes the boundaries is open adding his own PERSONAL touch. I met him at the bridge and tunnel in London when he was playing, it was only a small party with about 150 people. He was even playing hip-hop and soul, and the occasional dutch house record. I mentioned that i had bought a copy of "steam" off eBay - he replied that he didn't think it had been released. When i sussed him out and told him it had come out on planet E, Touche and Open records he chuckled and told me I had sussed him on that one. Down to earth guy. But most importantly don't forget his contribution has changed techno forever.

November 10, 2002
Comparing DEMF; The Carl edition, vs. the Non-Carl edition.
As someone who has been around electronic music as a buyer, as a supporter, a promoter, a participator for many many years. I had so much more fun and felt much more rewarded as a listener and a traveller when it concerns Detroit Electronic Music Festival 2001 versus 2002. That was such a more open minded affair as far as the permutations and an HONEST representation of House Techno Electro etc etc ad infinitum are concerned than the 2002 edition. Comparing the two is like night and day. 2001 I felt rewarded if I stuck around to listen to some artist I may have a periphal knowledge about who was due to perform or just a Hi how are ya? by someone I had long followed and supported as they gave their nickels worth input. 2002 felt like any of the many outdoor weekend festivals I have been around played at and otherwise. I could have gone to a RAVE circa 97 and gotten pretty much the same line up verbatm as far as the headliners are concerned. George Clinton is only obvious and should be allowed open stage to play anytime he damn well pleases. he wrote it, he made it, he controlled it long before any of them even knew what (a) soul was or even what a daiper was for that matter. That harpie ms. marvin probably doesn't even own any of his records except for some greatest hits collection so she can sing along to flashlight in the car when she's feeling woozy.
I'm thankful 2002 was musically bland in comparison so I actually did get a chance to see what Detroit as a burnt out urban area has to offer to the traveller. Visually detroit is an ugly, cruel, a town where it's entirely possible and plausible for someone to make their own world out of what the environment has to offer. Inspirational for a better tomorrow indeed, but holy trousers it's burnt down. I understand why the music is as inspiring and beautiful as it is when it comes down to it, there's nothing else to satiate that desire for beauty. Not within the confines of the urban experience at least.
Carls music is difficult to play at times, it challenges me as a dj to find a point to mix out of a lot of his songs. I more often than not have to play them front to back because they're structured as they are structured. they generally get someone crazy in the legs and azz. Again, someone on their own program and own level that few others attempt to approach much less aspire towards. One of those producers it's just best to snap up ANYTHING with his name attached to it no matter what the role.
Now what about the norman whitfield tribute?
now there's a cat who needs to be thanked.