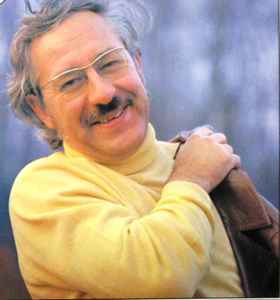 Born of a Dutch father and a South American mother, Nico Gomez, he spent his entire youth in Curaçao in the Antilles. Later, with his family, he moved to Cuba and stayed in most of the other islands of the Caribbean Sea. Passionate musician and already a skilled guitarist, he soon became familiar with the typical rhythms of those regions, thus accumulating an uncommon experience in South American music.
Rich in these notions, he arrived in Europe and settled in Holland and Belgium, where his musical career took place. As a guitarist and as a singer he was part of numerous Dutch-Belgian orchestras in his first years of activity; later on he formed a typical orchestra of nine elements which soon became one of the most appreciated by the public of those countries.
In the musical environment he is also highly appreciated as a composer and arranger; in addition to his work for the orchestra of Chakachas, he has already composed numerous pieces for world-famous artists and orchestras such as: Caterina Valente, Edmundo Ros, Jack Ary, Los Merecumbes, and in particular for Francis Bay (from "Musica e dischi" nr. 184 of October 1961)
Aliases:
Jo Chapman (2), Joseph van het Groenewoud, Peter Loland
Variations:
Viewing All | Nico Gomez
Gomez, N. Gomez, N. Gómez, N.Gomez, Nico Gómez, Nino Gomez