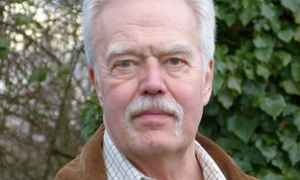 Started as technical engineer 1958 at I.B.C. Studios but soon started to cut records on the Lyrec Mono lathe until 1959.
Worked for a manufacturing company in 1960 and 1961.
Returned to IBC and worked there between 1961 and 1965.
Founded General Recording Services in 1965 and operated it until 1971 as recording engineer.
Was a freelance engineer from 1971 to 1977 and also was technical engineer at Scorpio Studios.
Cut records for Foon in 1977 while training staff on the Lyrec lathe that Foon bought from IBC.
Worked for Strawberry Mastering between 1978 and 1983.
Became a freelance sound engineer and audio consultant specialising in studio design and lathe restauration (especially Lyrec) as well as shellac and lacquer cutting.
Still active today.
Variations:
Viewing All | Sean Davies
S, S., S.W. Davies, SEAN, Sean, Sean Davis, Seàn, Seán, Shaun Davies, Séan, Séan., Séán