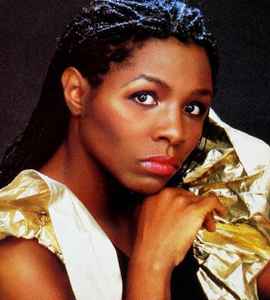 Born in Montreal, February 8, 1949. Her name is pronounced Michael, fueling an urban legend about her gender.
Raised in Vancouver, Canada, and later Washington D.C. where she became a teenage mum of twins at the age of just 14, one of the twins Sinitta becoming a future pop star herself in the 80s. Miquel moved to London in 1973, mostly being into theatre. She was brought to prominence in music when she recorded her first album "Symphony Of Love" with producer Alan Hawkshaw in 1978. She resurged in 1983 with "So Many Men, So Little Time" (#1 in France and Mexico), produced by Ian Levine, this was followed by other hits like "He's A Saint, He's A Sinner" and "Close To Perfection" (1985). She was a short-time member of The Three Degrees in 1985, substitung Helen Scott who was pregnant at the time. Brown continued to release a few singles in the 90s, the last one being a cover of Pet Shop Boys' "It's A Sin", 1997, but has primarily focused on acting.
Sites:
imdb.com, Wikipedia
In Groups:
The Three Degrees, Who Cares (2)
Variations:
Viewing All | Miquel Brown
Brown, M. Brown, Michael Brown, Michaelle Brown, Miguel, Miguel Brown, Miquael Brown, Miqul Brown, マイケル・ブラウン