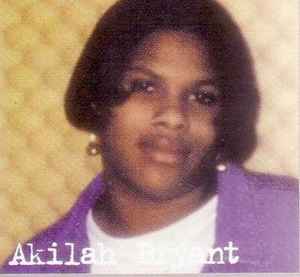 Real Name:
Akilah Bryant
Profile:
Akilah Bryant also know as Black Widow has been on the Chicago Party Scene since the late 80’s. Hailing from the Northside of Chicago, Akilah started her journey at Medusa’s, where Alternative music was the popular genre. Soon after hearing DJ Skull spin at an underground party, she attended all of the legendary clubs, such as the Power Plant, the Musik Box, and numerous hotel parties. In 1991, she met DJ Skull, where they became a powerhouse team, with Skull producing, and Akilah singing. After spending countless hours in the studio, Akilah decided it was time for her to come out with her own style of tracks, something that would encompass femininity, techno, and the soulful disco that was played at all of the Chicago clubs. With this in mind her first E.P. Urban Electronics on DJAX, hit the ground running. After this release Akilah started performing live P.A.’s, with the first being at Planet DJAX, the DJAX tour. From there she released another classic E.P. titled Black Widow, which contained the Acid anthem “Eye Trip”.
Also released by Akilah, and co-produced by Skull was Arachnophobia on the Swedish label Hybrid. Black Widow went on to perform all over the country, and abroad, unique tracks that embody her style.

Back to the drawing board Akilah decided to go more into computers, and has designed the website for their new record label Hypnotic Tones. With Skull on the tracks and Black Widow on the web, this is sure to be one of the hottest Chicago Techno labels around. Also, they will debut Akilah’s label Urban Electronix, which will allow female artists that have a love for Chicago Techno to showcase their talent. Stay tuned for all that Black Widow and DJ Skull has to offer.
Variations:
Viewing All | Akilah Bryant
A Bryant, A. Bryant