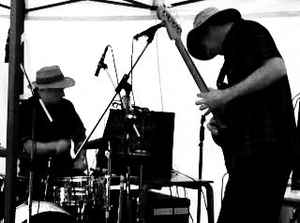 Profile:
Temperatures were the London-based free-rock duo of Peter Blundell (bass/vocals) and James Dunn (drums/synth). They formed in Greenwich on 16th June 2004 before playing their first show on 9th February 2005 at the 291 Gallery in Hackney and disbanded on 16th June 2013 at Ryan's Bar in Stoke Newington. Temperatures leave behind a string of recordings including albums for Heat Retention (USA) and Ultramarine (Italy) as well as a split album with A Middle Sex for Carnivals (UK).
Members:
James Dunn (6), Peter Blundell