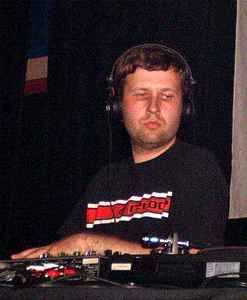 Real Name:
Marko Laine
Profile:
Marko Laine is living in Finland and produces uncompromising dark techno music. He got picked up by Djax in 1995 and in 1996 his first record got released.

Marko is a producer that only believes in the underground.
He started his own record shop because he was unsatisfied with the local record stores.
Sites:
festivaly.eu, Facebook, SoundCloud
Aliases:
Goio, Goto (2), Kaktus
Variations:
Viewing All | Marko Laine
M Laine, M. Laine, M.Laine