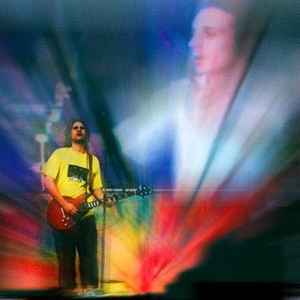 Real Name:
Daniel Kalashnik
Profile:
Netslov originally stared in 1997 as the duo of Daniel Kalashnik and Dmitry Tikov in russian city of St. Petersburg. The band self-defined their musical style "bio" (as opposed to "electro" of Kraftwerk and kinds) and released debut album "Eletronic Ethnology" in 1999. Eastern flavor has shortly become a part of Netslov's trademark sound. As Dan once explained it: "I've always found it important mixing spiritless computer-generated soundscapes with ethnical music (with all it's warmth and naivety). I believe that the legacy of the ancient music has a chance of finding its way to modern listener only in part with sounds of the urban culture."

It didn't take long to prove this approach right. The band was praised by critics and became one of the most recognizable names on local electroica scene with its landmark album "Outernational" in 2000. Dmirty has went solo shortly after its release, while Dan continued with hired musicians and toured clubs all over ex-USSR with a full-size band. On stage live ethnical string instruments, guitars and drums teamed up with ancient Soviet-made synths and sequencer backing tracks. In 2003 follow-up album "Phoenix" was released. It indicated shift towards more intense sounding and somewhat darker music, which got the press by surprise.