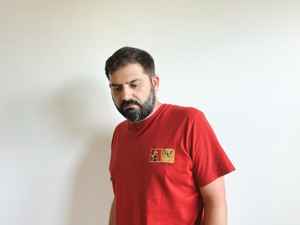 Real Name:
David Uribe
Profile:
Dsum is one of the most versatile DJs and producers of Medellín's electronic music spectrum. After being one of the first recognized selectors of the city, in 2008 he released his first EP through the netlabel Monofónicos. He currently resides in the US, from where he continues to work on different musical projects, now for his own label: Back Door Records.

"The important thing is not to make it, but to stay," the popular saying goes. In electronic music, especially in these times we live, remaining can be an act as valuable as political and revolutionary itself. In Medellín, that valley of mountains where one of the most transgressive scenes of the Latin American circuit is germinating, the name of Dsum still resonates with the same force as it did in those early days of the new millennium.

More than two decades after his involvement with music, Dsum's legacy remains as one of the indelible imprints of the city's electronic landscape. Mixing records since the late 90's, Dsum, a sound engineer by profession, was part of that first handful of DJs capable of combining the condiments of genres such as house, techno and hip hop into one simple essence. Along with names like Morris and Christopher, Dsum began to propel the figure of the selector within Medellín. At the same time, by the end of 2008, he became part of the netlabel Monofónicos, one of the first platforms to group the city's emerging producers and DJs.

Years later, he decides to settle in the United States, more precisely in the state of Florida, from where he creates his label, Back Door Records, along with its subdivision Play Function Issues, both spaces where the deepest nuances find the perfect environment to live alongside more dancefloor orientated rhythms. Dividing releases among his other aliases, Immigrant Chant and Eviru Dibad, Dsum continues to explore the deepest territories of deep house and dub techno, as can be felt in his most recent Album, Parallel Universe. A clear example of an artist who has managed to stay, and who still has a long way to go.
Sites:
SoundCloud, backdoorrecords.net
Aliases:
David Uribe, Eviru Dibad
In Groups:
hor•i•zon•tal