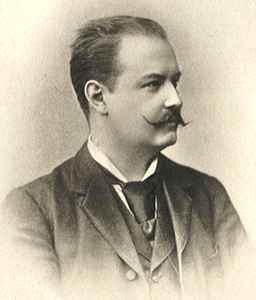 Born on 6 February 1864 in Greenock, Scotland, United Kingdom, as son of a German mother and a Scottish father.
He died on 16 May 1933 in Stahnsdorf, near Berlin, Germany.

Many of his poems had been set to music by prominent composers, as were Richard Strauss, Arnold Schoenberg, and others.
Mackay wrote in German language. When his father died, he was only 2 years old and moved with his mother to Germany.
Sites:
Wikipedia, dadaweb.de
Variations:
Viewing All | John Henry Mackay
Henry John Mackay, J. H. Mackay, J. H. Macky, J.H. Mackay, John H. Mackay, MacKay, Mackay, Makay, Д. Г. Маккей