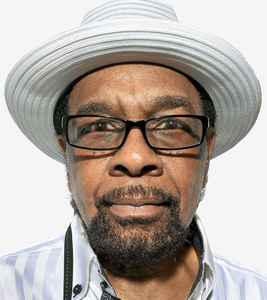 Real Name:
William Yarborough
Profile:
Singer - Songwriter - Producer
Born on 16.07.1939 in Memphis, Tennessee.
He began performing in bands as a teenager, releasing his first record with the The Del-Rios on the local Meteor label in 1957.
He developed his songwriting career at the legendary Stax label, and would be a guiding force in the evolution of the Stax sound.
In 1961 had released his first solo effort, "You Don't Miss Your Water (Til the Well Runs Dry)", which would be one of the early hits for the label.
He was drafted in 1963 and spent two years in the Army.
In 1967 he released his first solo album at Stax where he released four more albums.
In 1969 Bell moved to Atlanta and started his own label, Peachtree Record Company.
Mid 70's he left Stax for Mercury where he released two albums.
In 1977 he enjoyed the biggest hit of his career with "Trying To Love Two", which sold over two million copies and stayed on the R&B charts for over six months.
After one album at Kat Family Records in 1983 he founded his own record company Wilbe Recording Corporation where he released albums up to 00's.
Throughout his career he has recorded successful duets with Judy Clay, Carla Thomas, Mavis Staples and Janice Bullock.
In 1997, he was inducted into the Georgia Music Hall of Fame.
The same year he was awarded with the Rhythm and Blues Foundation's R&B Pioneer Award.
In 2004, Bell was inducted into Carolina Beach Music Hall Of Fame.
Sites:
williambell.com, Wikipedia
In Groups:
The Del-Rios
Variations:
Viewing All | William Bell
& William Bell, B. Jones, B. William, Bell, Bell, William, Bill Williams, W Bell, W. B., W. Bell, W. Jones, W.Bell, W.Jones, WM. Bell, Wilbe Productions, William Bell / ウィリアム・ベル, William East, William Jones, William, Bell, Williams Bell, Willian Bell, Wliilam Bell, Wm. Bell, Yarborough