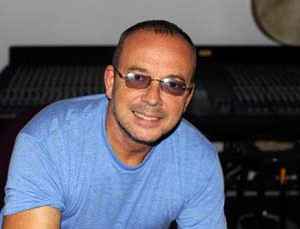 Real Name:
John Charles Reynolds
Profile:
John Reynolds is a producer, writer and musician. His credits across that range of roles include musical partnerships and collaborations with a diverse, multi-cultural and inspiring spectrum of world-class artists.
John's musical career began with drumming and percussion, when he toured the world to perform with the ground-breaking bassist Jah Wobble. He has since worked closely with a jaw-dropping range of musical folk, including Peter Gabriel, Natacha Atlas and Nusrat Fateh Ali Khan, Adam Ant, Simply Red, Bjork and U2.
Over the years, John has also been one of Sinead O'Connor's staunchest supporters and collaborators, representing a significant influence throughout her career. Previously married to Sinead, he's worked - and continues to work - with her as a writer, producer, and performer. Credits include The Lion and The Cobra, I Do Not Want What I Have Not Got, Universal Mother (for which he was nominated as Q Producer of the Year), and the Gospel Oak EP. More recently, John also collaborated with Brian Eno to produce tracks for Faith and Courage.
John's other production and performance credits include Sunhouse's Crazy on the Weekend, which was immediately declared "a classic" by Uncut Magazine, and Come on Now Social by The Indigo Girls, which attracted similar critical acclaim. Also, in a slight shift of direction, John played on Bjork's single, Play Dead.
In 1998, John formed Ghostland with long-term collaborators virtuoso cellist Caroline Dale and guitarist Justin Adams.
Based primarily in London, John also devotes much of his time, energy and passion to the 18d studio in Notting Hill.
Sites:
johnreynoldsproducer.com
In Groups:
Friction Groove, Ghostland, Jah Wobble's Invaders Of The Heart, Max (31), Peace Together
Variations:
Viewing All | John Reynolds
Big John Reynolds, Indigo Girls, J Reynolds, J. Reynolds, John, John Charles Reynolds, John Raynolds, Jon Reynolds, Reynolds