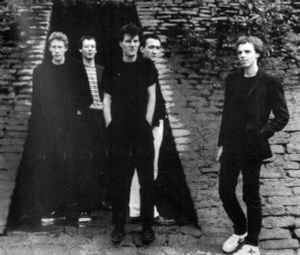 Profile:
Five or Six was a UK post-punk band, originally signed to Cherry Red Records by A&R head Mike Alway, who deemed them to be the act with the most potential from the scene he had helped create around the Snoopies club in south-west London. The line-up was fluid, and apart from their key contribution to the best-selling compilation album Pillows & Prayers, they are perhaps most notable for the various activities of most former members.
Sites:
Wikipedia
Members:
Ashley Wales, Daniel Whittock, David Harper, David Knight, Graham Cassie, Julia Gilbert, Simon Harper