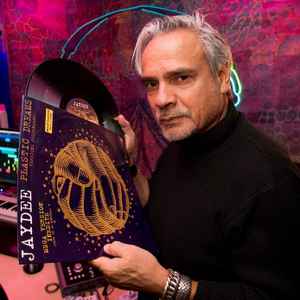 Real Name:
Edgar Robin Albers
Profile:
Robin Albers obtained a degree in commercial studies and was a member of the Dutch national baseball team and triple Dutch wrestling champion (in the category up to 70 kilos).

In the seventies Albers was one of the first mixing DJ's in Holland. He played in clubs all over the country and later went on to Dutch national radio, where for 11 years he had his own show. Five times he organized the annual Dutch Mixing Championship, and in the past years he hosted various music and sports programs on national TV. He performed in Denmark, Italy, Germany and Belgium, spun at Amsterdam's renowned Club, and at many major raves in Holland.

June 25, 2003
Robin Albers (Jaydee) was famous in his native Holland even before writing one of the biggest tunes in the history of House music. Not only did he present both television and radio shows but he also played for the Dutch baseball team and even won the national arm-wrestling championship three times. Wotta guy! :)
Reply Notify me 4 Helpful