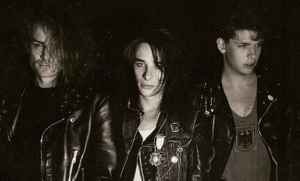 Profile:
Numb is an influential Electro-Industrial band that was based in Vancouver, Canada. It was founded by Don Gordon in 1986. Following his Suspended single in 2000, Gordon retired the project for nearly two decades, with the 2019 album release Mortal Geometry marking his return.