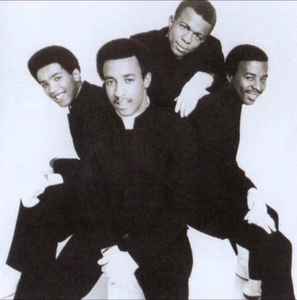 Profile:
The Unifics were an American soul group from Washington, D.C..

In 1966 a group of students at Washington D.C.'s Howard University in 1966 formed the group Al & the Vikings. Consisting of singer/songwriter Al Johnson, Tom Fauntleroy, Marvin Brown, Bob Hayes, and George Roland, the group changed its name during its first year to the Unique Five and later to the Unifics. Known for their smooth harmonies and their dapper attire (including their trademark white gloves), the Unifics soon gathered a large following in the D.C. area and began to attract attention elsewhere.

Unfortunately, outside obligations of the various members also created a number of personnel changes that often confused the group's most loyal fans. Hayes, Roland and Fauntleroy left in 1967 (Fauntleroy leaving for the military) and the group became a quartet with the addition of Michel Ward and Greg Cook. Brown left during the following year, replaced by Harold Worthington.

The group signed with manager Guy Draper, who landed the act a contract with Kapp Records (MCA/Universal) and became their producer and a principal writer. During this time, their songs were arranged by Donny Hathaway discovered by Draper at Howard University. Soon after signing with Kapp, the Unifics hit national pay dirt with their single, "Court of Love," which reached #1 on Record World and scored on both the Soul and Pop charts in Billboard and Cash Box Magazines in 1968. The Top 40 hit featured a mock-courtroom setting. Often called "the act that no group wanted to follow," the UNIFICS "raised the bar" to the satisfaction of standing-room-only audiences at the Apollo Theater, Uptown Theater, Howard Theater and to the delight of fans across the nation. Draper created their trademark stage presence which featured white gloves and strobe lights. Drummer Jerome Brailey added his signature touch on "Court of Love" and also tour with the group.

A falling out with Draper led to nearly a year of litigation and the departure of Ward and Worthington (they had three more hits before Ward and Worthington left the group), with Fauntleroy and Brown rejoining in 1970 and creating the longest lasting version of the group (Johnson, Brown, Fauntleroy and Cook). The Unifics continued to chart into the early 1970s with such cuts as "It's a Groovy World," "Toshisumasu" and their last major hit, "The Beginning of My End," all penned by Draper. Their final single was "Dawn of a New Day (In My Life)" on Jerry Butler's Fountain label. They signed to Fountain Records in 1971 and the act split in 1972, with Johnson going on to become an important songwriter and producer for the next 30 years (often working with Fauntleroy) for acts such as the Dells, Peabo Bryson, the Whispers and Norman Connors.

In 2004, three decades after the Unifics called it quits, Johnson and Fauntleroy decided to resurrect the group and recruited Newport News, Virginia veteran singers Charlie Lockhart and Garrett Hall to complete the quartet. Then, at the end of 2004, they self-released Unifics Return, the first Unifics album in over three decades.

Member Al Johnson had a briefly successful solo career in the 1980s and worked with Norman Connors, Jean Carn, The Whispers, Sharon Redd, Gayle Adams and Special Delivery. Al Johnson died on October 26, 2013, at the age of 65.

After Johnson's death, Fauntleroy opted to retire from performing and work as the band's choreographer. The band announced that Hall and Lockhart would be joined in a new lineup by tenor Ned Harris and baritone Bruce Justice.
Sites:
unificsreturn.com
Members:
Al Johnson, Greg Cook (10), Harold Worthington, Michel Ward, Tom Fauntleroy