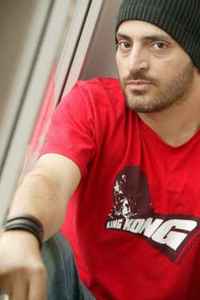 Sharam Jey has produced some seriously cool tunes of late. From the bumping, grind breakbeat of 'Push Your Body' to the electro-breakbeat of 'Feel Nobody' it's clear he's capable of putting out a top-notch tune.

His remixing skills are equally impressive; from his funky, yet fuzzy remix of Mylo's "In My Arms", to his glitching version of Kraak & Smaak's "Money In The Bag" [which is such a different sound to the original - which is also recommended] and recently he have DJ Delicous & Till West's "Same Man" a slightly more fuzzy sound.

This guy comes recommended to those who enjoy breakbeat or funked-up electro house.