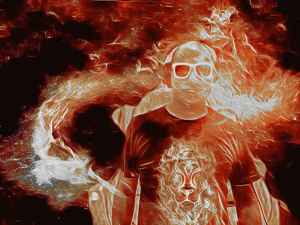 Nikita Tselovalnikov, the producer behind Penta, started to make music when he was twelve years old. Nikita attended music school and played in countless rock, punk and industrial projects now forgotten by history, where he grew up in Leningrad, Russia. In 1991 he relocated to the California, and currently lives in San Jose. The Penta project initially started as an amusement for friends in December 2000, but quickly grew into a serious act on the San Francisco trance scene. His music can be found in sets by top trance DJs all over the world, and has repeatedly appeared in Goa Gil's "Divine Dozen". He released most of his work on his own AuraQuake label.