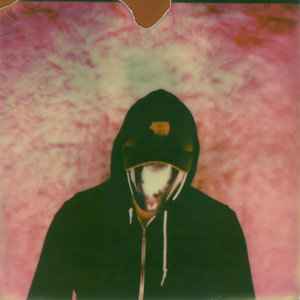 Real Name:
Tom Fec
Profile:
Thomas Fec, better known by his stage name Tobacco, is an American electronic musician. He is the frontman of the psychedelic rock band Black Moth Super Rainbow, in addition to working as a solo artist; in both settings he works most conspicuously with pre-digital electronic instruments such as analog synthesizers and tape machines. As of late 2018, he has teamed up with rapper Aesop Rock to become the music duo Malibu Ken, releasing their self-titled debut album in January 2019.
Sites:
maniacmeat.com, Twitter, Facebook, Bandcamp, MySpace, SoundCloud, YouTube, vimeo.com, waxploitation.com, Wikipedia
Aliases:
Numbie Poison, Sbarro Hottopic, Tom Fec
Variations:
Viewing All | Tobacco (3)
Tobaxxo

September 15, 2020
Mr. Tom "TOBACCO" Fec is an insanely talented music maker with a distinct style, and the lead of one of my favorite bands. He is a wonderful vintage keyboardist, and master of vocoding. If you like his band, you will almost definitely like his solo material. The main difference in his solo work is that it focuses a bit more on his "gritty" side rather than the pretty psychedelics, but there are plenty of these elements in all his works regardless. His other collaborative projects and remixes are also excellent, even if you are unfamiliar with who he is collaborating with.

October 1, 2008
Basically, if Boards of Canada were from Brooklyn, this is what they would sound like. Backwards Altar is probably the best song on the Fucked Up Friends CD. The 70's synthesizer melody, mixed with a moog-esq pad sequence over a NY style beat blends very well together. Hair Candy is another good track. I didn't care for it at first, but after a couple listens, it becomes one of those songs that you have to hear because nothing else will fit. If you are a fan of Boards of Canada, Casino Versus Japan, or even just instrumental hiphop/trip hop, you might want to pick this up.