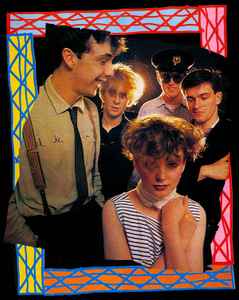 June 14, 2022
Own all of their first 3 albums. I was introduced to the band by John Peel back in the 80's. Claire Grogan's voice was certainly unique, but the groups music and lyrics were fantastic. I just wish they had don more. Word on the street is that a new material is coming out in 2022 - hope its true!