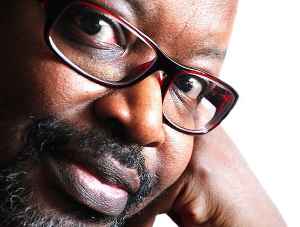 Real Name:
Waliou Jacques Daniel Badarou
Profile:
Wally Badarou was born 1955 in Paris. Although he planned a career as a pilot, he was seduced by synthesizers and rock & roll, eventually becoming a well-known session keyboardist in England and his own Nassau, Bahamas, studio. Badarou's early career included work with M (2) (on the hit "Pop Muzik"), Joe Cocker, Herbie Hancock, and Island Records artists like Grace Jones, Black Uhuru, and the British funk band Level 42. In addition to his production and keyboard work for Level 42, he has done several film scores, most notably Kiss of the Spider Woman. You can hear both the rhythmic sensitivity of his African heritage and the harmonic sensibility of his classical training in his music. His expressive and sophisticated synthesizer textures are full of life, especially on his more dance-oriented Echoes album. In the nineties he released two albums, 1991's Chief Inspector and 1997's So Why.

And I will quote your ITW: ".. and this makes it an un-knowing progenitor of so much of what we take for granted in music today."

Not enough people here know who he is, or what he has been responsible for. Hard to blame them though, as not only Wally never craved the spotlight, but he is a real chameleon!

I encourage anyone that wants to know more to read the ITW if only to get a few references of artists and productions he's been behind.

Wally is a legend.

December 29, 2021
My interview with Wally, covering his early days and up until recently: https://patmellow.uk/interviews/no-afro-futurist-post-humanism-militant-meet-wally-badarou/