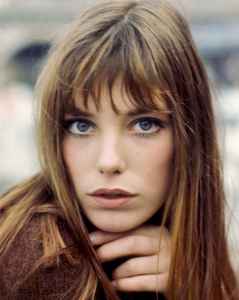 Real Name:
Jane Mallory Birkin
Profile:
English actress and singer located in France since the late 1960's.
Born 14th of December 1946 in London, England.
A bit of a It-girl during the swinging sixties she appeared in two of the defining movies of the era: Richard Lester's "The Knack ... and how to get it" and Antonioni's "Blow Up". She then married movie scores composer John Barry and had a daughter, photographer Kate Barry. After splitting from John Barry she relocated to France were she met Serge Gainsbourg who was himself recovering from his own split from Brigitte Bardot. One of the most legendary and sexually charged artistic collaborations of the late 20th Century followed, with Jane playing the Beauty to Serge's Beast on records, most infamously "Je T'Aime ... Moi Non-Plus" originally written for and performed by Bardot but banned by Bardot herself, in movies and in French newspapers and TV shows. They had a daughter, actress and singer Charlotte Gainsbourg. After separating from Serge at the tail end of the seventies she lived with movie director Jacques Doillon with whom she had another daughter, model and actress Lou Doillon. Her estranged mentor kept on offering her songs to record all through the eighties until his death in 1991. When Serge passed-away, Jane concentrated on her acting career, branching out in theatre and even directing a couple movies. She came back to singing in the late nineties, first through various re-interpretations of Serge's back catalogue and then, in spite of her many declarations she couldn't even imagine singing someone else's words, with an album of collaborations with artists as diverse as Bryan Ferry, Caetano Veloso, Feist, Brian Molko, Manu Chao or Mickey 3D on 2004 "Rendez-Vous", followed by further collaborations with Gonzales, Johnny Marr, Rufus Wainwright, Magic Numbers, Beth Gibbons and Kate Bush on 2006 "Fictions". Daughter of Judy Campbell and brother of Andrew Birkin. Aunt of Anno Birkin.
Sites:
janebirkin.fr, Wikipedia, imdb.com
In Groups:
Collectif Paris-Africa Pour L'Unicef, Ensemble (4), Les Enfoirés, Les Grosses Têtes, Noël Ensemble, Sampan
Variations:
Viewing All | Jane Birkin
Birkin, Birkin J., J. Birkin, J. Birkkin, J.Birkin, Jane, Jane B., Jane Birken, Jane Birking, Jane Birkn, Jane., Jean Birkin, Lane Birkin, Джейн Биркин, ジェーン・バーキン