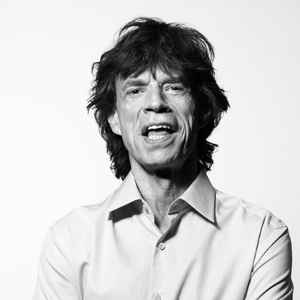 Real Name:
Michael Philip Jagger
Profile:
English musician, singer, songwriter and actor, born 26 July 1943 in Dartford, Kent, England, UK. Founding member of The Rolling Stones. His songwriting partnership with Keith Richards is one of the most successful in history. Jagger's career has spanned over six decades, and he has been described as one of the most popular and influential frontmen in the history of rock & roll. His distinctive voice and energetic live performances, along with Richards' guitar style, have been the Rolling Stones' trademark throughout the band's career.

Older brother of Chris Jagger. From 1966 to 1969, he had a relationship with Marianne Faithfull. After his relationship with Faithfull ended, Jagger pursued a relationship with Marsha Hunt from 1969 to 1970. They had a daughter, Karis Jagger. He was married to Bianca Pérez-Mora Macias (12 May 1971 - May 1978) who gave birth to Jade Jagger (who married Adrian Fillary). During his marriage to De Macias, Jagger had an affair with then-Playboy model Bebe Buell from 1974 to 1976. In late 1977, he began dating American model Jerry Hall. After an unofficial private marriage ceremony on 21 November 1990, their union was later declared invalid in 1999 (London). Father of Elizabeth Jagger, James Jagger and Georgia May Jagger (with Hall). During his marriage to Hall, Jagger had an affair with Italian singer/model Carla Bruni, from 1991 to 1994. He had a relationship with fashion designer L'Wren Scott from 2001 until her suicide on 17 March 2014.

March 29, 2020
How is a recounting of his girlfriends/wives/children germane to his discography?