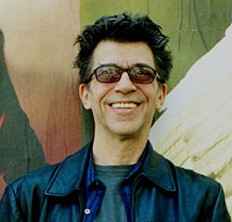 Now best known as a film music composer, Delia began his career in the late 1960s playing piano and singing with The Bruthers, a group that mainly served as a backing band on concert tours with artists like Stevie Wonder and Isley Brothers. During the 1970s he was active as a jingle composer, session keyboardist and arranger, but he also began composing movie scores. In the early 80s he played with the danish artist Kim Larsen, in the group Kim Larsen And Jungledreams, where he also composed some songs with Kim, wich some became popular hits in Denmark and Scandinavia.

Since then, he has worked extensively with director Abel Ferrara, supplying the music for Ms. 45, Driller Killer, Bad Lieutenant, The Addiction and others. He also composed the music for Ferrara's The Blackout which spawned a collaboration with another Ferrara favourite, Schoolly D, that was released as a single (The Player).