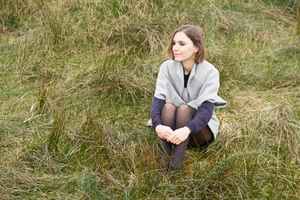 Real Name:
Cécile Schott
Profile:
Colleen is French multi-instrumentalist Cecile Schott, who uses her voice and the treble viola da gamba (a baroque instrument with gut strings), to weave intricate stories about the human mind and heart. Schott first noticed the viola da gamba in the film Tous les matins du monde when she was 15 years old. The instrument, which has been said to be the musical instrument that most resembles the sound of the human voice, heavily resonated with her. However, rather than bowing the instrument in a traditional manner, and heavily influenced by African music from different countries, genres, and eras, Schott tunes the viola da gamba like a guitar and plucks it, opening up a new world of sound that she explores in great depth on Captain of None, an addictive, unconventional pop album.
Sites:
colleenplays.org, thrilljockey.com, Bandcamp, Facebook, instagram.com
Aliases:
Cécile Schott
Variations:
Viewing All | Colleen
Cécile Colleen, Cécile Schott