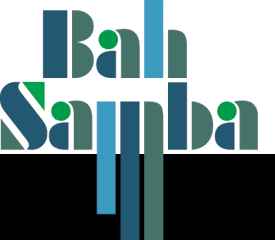 Profile:
In early 1996 Julian Bendall, Kevin Alexander and Geoff Holroyd (the surnames of which make up the Bah) formed a loose group of naturally talented musicians to play live and maybe record a few songs whilst experimenting with the fusion of traditional musicianship, dance and modern recording techniques at Midi. The result becoming the early BahSamba sound in the shape of 'Carnival' their debut single that was released on Loaded later the same year.
At this time the voice of a very young Alice Russell was heard floating over the garden wall and contact was made by knocking on the door to borrow a casserole dish. Alice's voice fitted perfectly with the direction that BahSamba was taking and was first realised with 'Reach Inside' in early Spring of 1997. Featured on the Dimitri from Paris mix album in 2000 and named as his favourite band, it shows the longevity of the bands sound in an ever increasingly disposable scene.
Sites:
MySpace, Facebook, SoundCloud
Members:
Alice Russell, Geoff Holroyde, Ju (28), Julian Bendall, Kevin Alexander, Mark Ralph, Richard Yale, Tristan Banks
In Groups:
Bahsonik
Variations:
Viewing All | Bah Samba
Bah Samaba