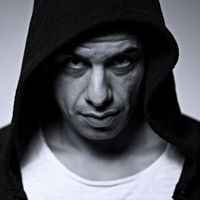 Real Name:
Kian Maali
Profile:
Kian Keen alias Kian Maali started his Dj Career in the end of 2004. At this time he runs the "Haarlem Dancelife Records" in Kiel, together with Dj Ornator. He got in his mind to present his music to the big crowd and so he started to dedicate his life to music. He became a guest-artist at the most popular dance event in northern germany - "Rave the Place". After that, the first bookings followed. Since 2006 he delighted the crowd from "Rave the Place" as a Resident Dj on every first saturday a month. Kian Keen is an artist who has passion for the music and that's the reason why he was opening a Record Store named "Keen Records" in Kiel. With that he created a meeting point for Djs, newcomers and organizers. Since 2007 the first Single of Kian Keen - "24 Hours" - was published on the Hamburg (Germany) label "Spin That Records". "24 Hours" is a Hardtrance Track with a lot of Energy and Passion. You can also find the track on many compilations like the "Hardbass 12", "DJ Networx Vol. 35", "Hard Dance Mania Vol. 12" and "D-Trance Vol. 41". Since 2008 "24 Hours" - the Kian Keen debut single - was a massive breakthrough and is a fixed element in the sets of several key DJs since months. Now it's time for strike two: "Follow Me"! Once again produced by the upcoming talent from northern germany in cooperation with the the guys behind "Megara" (Michael Lee Bock aka "DJ Lee" and Nils Karsten aka "Van der Karsten"). For the future Kian Keen has obviously planned a lot. So we are excited what we can expect from him and his Store "Keen Records".
Sites:
kian-keen.de, MySpace, SoundCloud
Aliases:
Kian Maali
Variations:
Viewing All | Kian Keen
Kian Kee

Kian Keen is known for hard trance of the special kind!
In his set-mixarrangements and he brings his passion for music to express and also plays with the audience and its many facets.

As an artist who has devoted his life almost exclusively to the music I've DJ alongside my passion three years ago, a vinyl & Equipment Store opened in Kiel. Under the name of Keen Records I have a starting point for DJs, newcomers and established operators. For me, a dream came true at that time. Full of verve and confidence, I spent almost my entire time in the shop and the electronic music scene. To my portfolio in addition to the sale of records, electronic equipment and clothing scene to expand even more, I founded the DJ Academy for young talent and booking agency. In the course of these activities, it happened that I have worked in collaboration with organizers and club operators concepts that were used to call to scene-oriented, contemporary events to life. But caught in the duties and obligations to the operation of such stores shall bring with him I had come to the realization that my artistic talents as a DJ and producer is far too short. Where I've yet chosen a career as a DJ, because there I bring in a musical way to express my feelings and I just can itself be. I thought it was no longer in my "Although extremely comfortable" from desk chair, I had to get out again! After a thorough weighing of all the economic and personal factors, I decided to finish my record store and devote myself exclusively to my vocation.

Today, Wednesday the 30 October 2009, the day has come where I'll give the keys to the store. After delivery of the keys I have invited my colleagues and partners by 21 clock in the hall 400 at the Oktoberfest together to celebrate the last successful years with Keen Records born.

On Thursday I will make myself on the way to the office of Noisy GmbH for the new event series at the Endeavour on 17.10.2009 in the Baltic Sea Quay Terminal is taking place to make the last preparations. After the meeting, by 22 clock in the evening I leave completely relaxed and enjoy an international reputation in notching the family atmosphere ...

YES WEEKEND!
Then it's finally Friday and the weekend is upon us. Prior to my appearance in the Docks club in the heart of St. Pauli on the Reeperbahn, where I want to celebrate along with 15 top DJs and the mastermind of the trance bass event series "Marcus Gluba" her eight years of existence befitting, I go before an old friend of mine Ease Club in Kiel. Born in Hamburg, aka Raphael Raphael gold chamber is probably one of the most talented house DJs in Kiel. With chilled beach sounds, stylish vocal house, electro and pumping fresh minimal tech house sounds & Mr. Gold put everyone on the dance floor literally in ecstasy. House & Electro beats it .. s the best!

After a fantastic night in Hamburg, then it time for my special Saturday of the month. Since 2002, the event series Rave The Party Place in the dream GmbH North German public a diverse program for all lovers of electronic music! Numerous national and international Top Acts from all over the world come every month, the jack in the hand and the Kiel deliver an amazing show. This time is the most successful hard dance compilation (Hardbass) Ltd. on the dream tour.

After the fabulous dinner at The Rave, I will be on Sunday morning with the organizers of the In Bed With Space party, "p. Gurdalo "and media technicians in the Baltic Sea Quay Terminal to meet the provision for the last party to be held on October 10, 2009 to discuss. Then we drive to Lübeck to "Summer in the City" to indulge in beach lounge to the stress of everyday life a little relaxation.

Like every Monday morning I'll feel the strain of the last days. Fortunately, I can allow myself a day of rest and then an exception will be the day to come to me quite casually. The day off so I will then spend my homepage www.kian keen.de-to bring back on track and answer several emails from the last days.

On Tuesday afternoon I'm meeting with the then owner of the trendy cult TRAIL magazine and the organizer of the Pioneer Alpha Festival Mike Hasemann a small interview for the upcoming alpha on November 7 2009 to give. I am proud that my second year in a row at the biggest indoor event in Germany can be there. More than 50 top artists were hired for the 25 year anniversary show at 6 different dance floors in the huge convention hall in Schwerin. An absolute top class Spektakle that one should not miss under any circumstances!
Reply Notify me Helpful