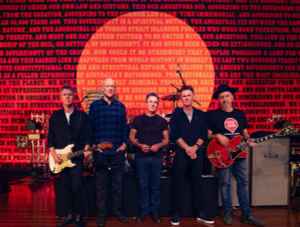 Legendary. One of the longest running bands in the world and quite possibly the most influential Australian band ever. One of my all-time favorite bands. Final tour is in swing. Oils forever!