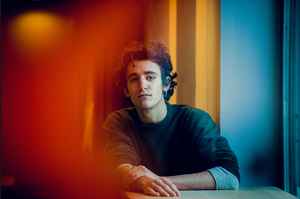 A revelation. No sooner had Tamino-Amir Moharam Fouad been voted a finalist of De Nieuwe Lichting 2017 at Studio Brussel than he sold out the AB Club.
The Antwerp singer-songwriter has a Belgian mother and English father. It was his mother who brought him into contact with opera and theatre, while the music genes lie on his father's side. His grandfather Moharam Fouad was a well-known singer in Egypt.
Tamino studied at the Amsterdam Conservatory and in the summer of 2016 started work on his first EP with producer Tom Pintens. He joined Het Zesde Metaal and that led, in November 2016, to a notable performance from Tamino during the band's recording of a Radio 1 session.
During the De Nieuwe Lichting competition he impressed with his ability to transform I Bet You Look Good on the Dancefloor by Arctic Monkeys into a moving ballad. And with his voice that soars so seemingly effortlessly from the low notes to the high.
Sites:
taminomusic.com, Facebook, instagram.com, SoundCloud
Aliases:
Tamino-Amir Moharam Fouad