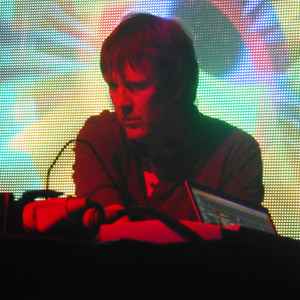 June 17, 2019
I'm surprised to see there are so few reviews on the Banco de Gaia main page! Toby, Andy & co. are one of the strongest limbs of Planet Dog Records, along with Eat Static, Timeshard, and to a lesser extent Children of the Bong. Banco de Gaia is also prominently featured on Sasha and John Digweed's fist Northern Exposure compilation. So chances are, if you're familiar with that, you've heard a mix of Heliopolis and the album version of Last Train to Lhasa. So what's the rest like?

In short, it's excellent. The two disc edition of Last Train to Lhasa is an excellent place to start. The two disc edition is dirt cheap, and the many limited and special editions with extra content across a few formats make this a collector's dream. This is one if his strongest, and most consistent albums. This period in general, including (and perhaps especially) it's four singles is where you want to be if you're starting out. The classic sound begins with Desert Wind and goes to about Big Men Cry. All of the releases in this period are extremely strong.

The four cassette editions are difficult to find affordably, but worth the search. If you can only get one, spring for Medium. It has been suggested that these sound ahead of their time, but I'm not sure I can agree with that statement. By the time these were being released the Orb had Adventures beyond the Ultraworld and all of its affiliated mix and live albums behind them and were in UFOrb/ Assassin territory, to cite just one example. By contrast, the Banco de Gaia cassette releases sound like a product of an earlier age, which is also true of the Eat Static cassette release. This is no mark against them, however. The samples throughout each release are excellent. The track that would lend it's main arpeggiated sequence to Heliopolis is there, as are a handful of tracks that would later show up on Maya and Desert Wind... In some cases with very few changes! While a little chunkier than Banco de Gaia's next period, this early period is has a lot to offer, with a lot of strong and eclectic material.

So what happens after Big Men Cry? Already with that album, Banco de Gaia were not afraid to take risks. This is the opposite of bands like Slayer or Iron Maiden, who are frequently criticised for releasing the same album over and over. Each Banco de Gaia album sounds unique, and has its own feel. The period after this takes some risks. Some work, and some are a bit of a miss. This is also a band that's having fun doing what they do, and this comes through loud and clear. The benefit of taking risks and having fun is you stay creative, and get an eclectic group of albums. The detriments are that some songs flop, and not all fans are able to appreciate the different style changes the band takes on. Accepting these, Banco de Gaia goes forward without hesitation.

In this period, Obsidian is a fantastic song. Igizeh as a whole is a bit under rated. You are Here probably takes the most risks of the albums to that point, and I think this gives it a bit of lasting power, although I would recommend staying away from this album if you are new to Banco de Gaia. It has a lot to offer, but you have to take it warts and all. The good thing about some of the albums from this late 90's to 2000's period is that they are all dirt cheap. For a couple bucks each, these albums are a no brainer.

One of the strangest things about Banco de Gaia is even when something doesn't work, sometimes; in a cheesy way, it sort of does... At worst they're campy yet rarely un-listenable. At best their material is nothing short of profound, standing equally next to the best material of other artists in this style.
Reply Notify me 4 Helpful

September 28, 2018
I can't say I ever liked this guy's music much or found it memorable until I heard his first 3 albums which were only released on cassette aside from a limited reissue of CDrs. Those albums contain a lot of really great tracks that sound ahead of their time for when they were released. I will have to listen to his later music again, but I wouldn't be surprised if, like many artists, his earliest releases were his best.
Reply Notify me 3 Helpful

July 16, 2008
Toby Marks has done it all. The man started off with a cassette and a lot of love for music, getting his start as a guitarist performing Beatles cover songs in locations around the world. The trip he has taken since then is impressive to say the least. Often lumped into the unfortunate category of "ethnic music," Banco de Gaia is a much more involved project, incorporating vocals, traditional instruments, but also a solid foundation in the world of electronic dance music. Breaks, techno, ambient, emotional soundscapes... whatever the style may be, Toby can do it with ease, and is one of my personal favorite artists. Highly recommended.
Reply  See 1 reply Notify me 5 Helpful