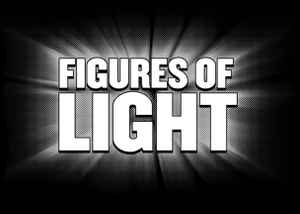 Real Name:
Figures of Light
Profile:
Figures of Light was an American proto-punk band formed in 1970 by Wheeler Winston Dixon and Michael Downey. They gave their first performance in the summer of 1970, and released sixteen CDs, including their first live concert as a vinyl LP, before breaking up amicably in March 2015. Figures of Light's music videos are on Vimeo and YouTube - check 'em out!

Right before their breakup, the group laid down five new tracks for the CD maxi single "R U Ready," which was released on July 19, 2015. And you never know - something else may happen in the future - who can tell?

In January 2014, the band cut "Feedback Music," an experimental electronic music piece using 7 tuned guitars; and "Buy Before You Die," a rock & roll album with seven new tunes, both available on FOL Records.

On October 24, 2014, they released a new digital single, "Instant Drone," which, as Dixon noted, "represents a real shift in the band towards more mature, thoughtful, densely structured work - not just rock & roll, but almost experimental work -- much like the bands Joy Division, Section 25 and The Velvet Underground --this is Post-Rock/Experimental work, almost Musique Concrète."

FOL's full-length CD "Drop Dead" was recorded in Brooklyn, New York at Mitro's Studios, June, 2011, and produced by Mick Collins of The Dirtbombs, featuring fifteen new tracks from the group, released on Norton Records on November 13, 2011.

Figures of Light appeared live with The Sonics, The A-Bones and others as part of the Norton Records 25th Anniversary All Star Spectacular at The Bell House, in Brooklyn, on November 13, 2011.

The CD of "Drop Dead" was released on May 18, 2012, in a newly mastered edition, with a different edit for one of the songs, "You're Just Another Macaroon."

Figures of Light's first concert on July 23, 1970 was recorded in stereo, complete with the television smashing finale. The complete "TV Smashing Concert" was finally released on March 1, 2013 in a limited edition multicolored vinyl 12" LP on Norton Records.

As Miriam Linna of Norton Records put it, "the live LP makes Metal Machine Music sound like Mantovani . . . that 'lost' album is one of my fave records of all time." Rock on!
Sites:
figuresoflight.com
Members:
Michael Downey, Wheeler Winston Dixon