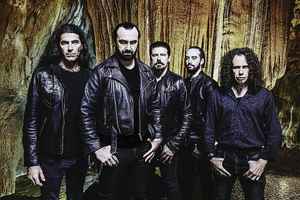 Profile:
Portuguese gothic metal band formed in 1989 under the name of Morbid God. They changed their name in 1992.

Moonspell started out as folk-tinged black metal in their very early era (demos and debut EP), but eventually moved on to a more atmospheric/gothic metal style.