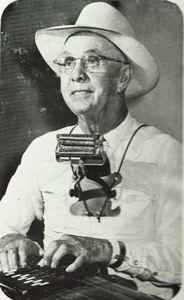 Real Name:
Ernest Van Stoneman
Profile:
American country and bluegrass artist and songwriter, also known as "Pop" Stoneman.
Husband of Hattie Stoneman, together the parents of 13 children,
most of whom were members of The Stoneman Family band.
Stoneman was a popular recording artist starting in the 1920s. In the 1950s the Stoneman Family Band started performing bluegrass in the Washington, D.C. area as the Blue Grass Champs, appearing in local clubs, on radio shows, and on television.
In 2008, Stoneman was posthumously inducted into the Country Music Hall Of Fame.