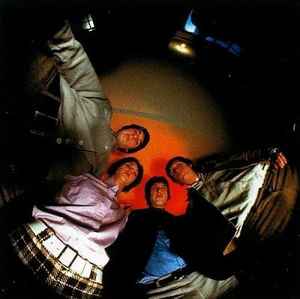 Profile:
The Kinks are an English rock band formed in Muswell Hill, North London, in 1964 by brothers Ray and Dave Davies, Mick Avory and Pete Quaife. During their existence they have played different styles of rock ('n' roll) music.

Pete Quaife left The Kinks during the Arthur Or The Decline And Fall Of The British Empire rehearsals. In a June 2018 interview, Ray Davies stated that he, along with brother Dave, and drummer Avory, had reformed The Kinks for a new studio album and to potentially perform live.

January 19, 2017
Led by singer-songwriter Ray Davies, the Kinks recorded countless songs that have proven to be both timeless and highly influential. Their slew of early singles -- from the Hard Rock prototype "You Really Got Me" to the whimsical, lackadaisical and humorous "Sunny Afternoon" -- made them one of the most popular bands of the British Invasion. However, it was Davies' singular, distinctively noncommercial vision that made their superstardom a relatively brief part of an otherwise lengthy career. Tensions between the musicians didn't help matters, as onstage fights between Ray and his guitar-playing brother Dave were notorious.
Although they ostensibly mastered the singles format, the Kinks became an album-oriented band in the truest sense: between 1968 and 1977, the band released numerous concept albums that varied wildly in quality and subject matter. The most famous, and perhaps the finest of the lot, is Lola vs. the Powerman & the Money-Go-Round, Part One (1970). The record is a cutting, acerbic look at the music industry, and the song "Lola" put the band back on top -- and what a song to do so, as it's become the most famous song in the rock 'n' roll oeuvre to deal with gender-swapping and/or transvestism.
...The Kinks continued to record powerful singles and solid albums, but their fame rests firmly on their utterly unique early material.
See 1 reply

For me, hype has a strange dichotomy of letting one know of the existence of certain things but also at the same time, exalting them. This is especially true in music where some artists have both a strong reputation critically and publicly. Some bands are called the best in rock and roll (i.e. The Beatles, U2 &c.) whereas others call themselves the best (i.e. The Rolling Stones, Oasis &c.). The Kinks, however, fall into another category where they are suboridnated in importance and have less exposure as a result. So while some achieve a level of hype that they cannot live up to, including the Beatles, Radiohead and Bjork, the Kinks lie on a stunning oeuvre that deserves all the praise it gets and loads more.

True, a handful of singles have been staples of "classic rock" radio and appeared in commericials: "All Day and All of the Night," "You Really Got Me," "Lola," "Come Dancing" and surprsingly enough "Picture Book" and "Waterloo Sunset" to a certain extent. What shocked me was the extent of their song writing abilities, considering that one man, Ray Davies, was behind an overwhelming amount of it. In a time when change seemed to accelerate in all aspects of life, the Kinks seemed to both resist and accept it. The quick cliche of the teenager running away from home to pursue a bohemian life was negated by "Rosie Won't You Please Come Home." Likewise, "The Village Green Preservation Society" celebrates country and tradition. I don't know much about how British society was affected by the revolutions of the 60s but even now here in the States, it seems all the kids still possess a level of cynicism and distaste for everything which makes a Kinksian attitude refreshing and admirable. This is not to say that everything was cheerful, "Dead End Street" and "Princess Marina's Hat" express a sympathetic voice for the common worker while decrying the corruptive forces of vanity and celebrity worship.

For anyone who feels overwhelmed by a large discography, here are my reccomendations of what to check out: The Kink Kronikles, a two-disc sampler of material covering 1966-70 is an adequate introduction to classic Kinks. On the other hand, getting the albums will save you the trouble of spending extra money. 1965s The Kink Kontroversy is the starting point where their full-lengths become consistently strong. The next album, Face to Face, an eclectic and stunning collection of songs ranging from soft stompers ("Little Miss Queen of Darkness") and rockers ("Party Line") to the slightly exotic ("Holiday in Waikiki") and country-esque ("You're Looking Fine"). Its follow-up, Something Else by the Kinks, employs more pianos and horns. In 1968, the lush Village Green Preservation Society emerged and has many votes for the best Kinks album although I am equally inclined towards all the ones I mention here. Arthur, Lola vs the Power Man & the Merry-Go-Round, Muswell Hillbillies, The Great Lost Kinks Album (try to get the 30 song version) and the Kinks Greatest Hits Vol. 1 (covering the early 1963-65ish era) are also excellent additions. While I am yet unable to recommend Misfits and the Come Dancing compilation covering the late 70s/early 80s output as I have been unable to listen to them extensively, they sound good but might offer a bit of shock to some expecting to hear more of the same.

In the slim chance that any of the Kinks happen to read this, thank you for the music and the inspiration it has given me.