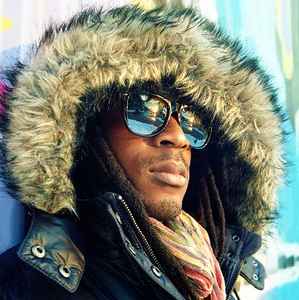 In 2005, when the now ubiquitous sounds of underground electronic bass music were yet to be discovered by the mainstream, Juakali's signature soulful dreadbass style caught the ears of early pioneers. He was soon holding down the mic as resident emcee for the legendary Dub War NYC, North America's first and premier dubstep event. Juakali brought an "elemental voice" [Mary Anne Hobbs] to the forefront of a worldwide community of artists and fans creating culture, ritual and value around the music now known as dubstep. Heralded early on by zealous media outlets and veterans of the scene as "the voice of North American dubstep", and hailed for his rugged, mesmerizing vocals on Pinch's iconic album Underwater Dancehall, Juakali exhibited the force necessary to help push the musical movement forward.

To longtime fans and collaborators, Juakali's voice is the raw glue bonding the dancer and dj, the cosmic poetry guiding listeners beyond boxes of genre and style into the depths and breadths of sound. Few vocalists or lyricists have been able to deliver the sheer strength and soul required to ride a deep and dark riddim like Juakali. Even fewer have been able to parlay that energy into a successful solo career, recording chart-topping songs and co-headlining gigs around the world with some of the industry's most prolific producers.

While recording his first solo effort in LA in 2010, Juakali developed a more singjay, lyrically-driven introspective style and three of his most popular recordings were born, 'This Life', 'Freak You Back' and 'Tha Chillski'. Expanding his artistry into visual representation, Juakali made his first foray into video with Doctor P's remix of 'Reasons', a track he and 12th Planet made collaboratively. Originally premiering on MTV2, 'Reasons' is recognized as the first dubstep video to break through into the American mainstream. With time on both coasts under this belt, Juakali recently returned to Brooklyn to complete a degree in Architecture. As an ever-evolving artist, Juakali's latest LP, Feathers Too Bright, sees him refining his vocal style while still retaining the soul and spirit of his sound. While his tone, mood and delivery have progressed, Juakali remains a fierce and focused luminary ever endeavoring to push music forward.
Sites:
juakalimusic.com, Facebook, Twitter, MySpace, YouTube, SoundCloud
Aliases:
John Lashley
Variations:
Viewing All | Juakali
Jua Kali