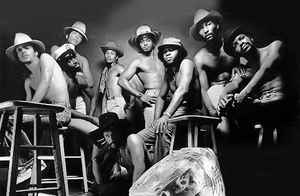 Instant Funk formed in the early 70s by Raymond Earl, Scotty Miller and guitarist Kim Miller originally called The Music Machine. Music Machine started out backing the The T.N.J.'s. In 1971 their manager Jackie Ellis decided to rename the band Instant Funk because of their ability to, "find a groove and lock in to it instantly."

Bunny Sigler discovered the band and they became his backing band before becoming a feature band in their own right. They released their first independent album, "Get Down With the Philly Jump," in 1976.