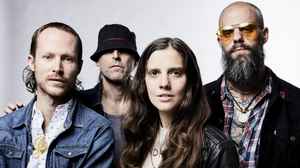 In August 2012 the band and their crew were involved in a very serious crash with their bus while being on tour in the UK. In March 2013 it was announced that Matt Maggioni and Allen Blickle will not continue touring with Baroness due to this event. They were replaced by Nick Jost and Sebastian Thomson. In 2017 Pete Adams left Baroness, he was replaced by Gina Gleason.

Baroness founded their own label Abraxan Hymns in 2015.