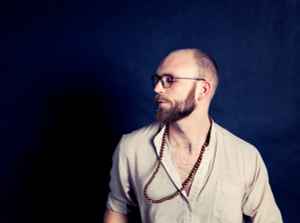 Real Name:
Göran Dahlström
Profile:
The bubbling house and garage records of the late 90’s paved the way for Göran’s musical exploration. Brick by brick he constructed his sound, from glimmering disco cuts to throbbing house by the sea in the Gothenburg harbour.
In the first half of the noughties Göran helped to pioneer the west coast disco sound, and in 2007 he encapsulated the spirit of Sweden’s second biggest city with his track Back2Back, a bass-heavy debut release on English disco bad boy label Bear Funk. But while others were going slo-mo and Balearic, Göran was gradually speeding things up, engineering his sets to become more solid and danceable, with splices of his soulful heritage encrusted in a variety of booming drums. The same year he was selected to represent Sweden at the Red Bull Music Academy in Toronto.
His second release, the epic mover My Friend Played The Guitar on Scottish label Solardisco, with remixes by Blackbelt Andersen and Brendon Mueller came in 2009. Besides producing he was now becoming one of Gotheburg’s most prolific djs and promoters, making dance floors crack and basements rock. With the steady night The Eye at jazz joint Nefertiti he booked artists such as Raoul K, Carl Craig and Moodymann. This also sparked a second wave of Gothenburg dance music leading up to his collaboration with Aniara Recordings’ Fabian Bruhn, organizing magical house gatherings under concrete bridges and resulting in a limited EP on Aniara called Sankt Göran Presenterar Slobban, a hommage to his childhood heroes on the outskirts of techno land. In 2012 Göran started his own label; The Free Spirit Society with a first release of classic garage track I Got This Feeling by Urban Soul, re-recorded and remixed by Genius Of Time, Axel Boman and himself – Sankt Göran. This was followed by a slit EP by Cazuma and Mr Raoul K and a single by fellow KLS artists Johanna Knutsson & Hans Berg. Göran’s solo productions is to see the light of day during spring 2014.
Having played most clubs to be played in his native Sweden, including his own House By The Sea night in Gothenburg, Berns and Under Bron in Stockholm and Babel in Malmö; Göran moved to Berlin in 2013. Now a few more floors, such as Chalet, Bar 25, Salon Zur Wilden Renate, Katerholzig and Prince Charles have been added to his repertoire, as well as his monthly broadcast on Sweatlodge Radio. 2014 will be sanctified!
Sites:
SoundCloud, Facebook
Aliases:
Göran Dahlström
Variations:
Viewing All | Sankt Göran
Sankt Goran, St. Göran