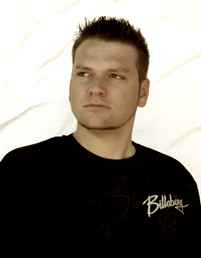 Real Name:
Christopher Ast
Profile:
Dj Neo is one of the internationally best-known music producers for harder electronic sounds (Hardstyle). His hardstyle based career started in 2003 when he was working for Blutonium Records and began to play around with this genre. Till now he produced many hardstyle classics which influenced and represented the entire scene such as "Hardstyle Instructor", "Make It Loud," "Vampires," "Acid Overdose," "Floorkilla" and many more. Since 2002 Neo produces all the big acts on Blutonium Records like Blutonium Boy, DJ Virus, Thomas Trouble, Max B Grant, and some Dutch acts such as Pila, Luna and Pavo, and of course Neo himself.

Neo also began to play on many events and clubs as a DJ right after he started to work together with Blutonium. First he was a resident discjockey in his origin city Hamburg and its famous underground club "tunnel". After that many national gigs in germany followed (Q-Base 2005, 360 Grad, Ziegelei, Bambu, Kinki Palace, Gigapark ect...) and finally global bookings which brought him for example in the year 2008 to the major cities of the hardstyle scene (Sydney, Melbourne, Brisbane, Perth, New York, Los Angeles, Las Vegas, Chicago, Phoenix, Madrid, Cardiff, Bristol, etc.)

After this eventful and very travel-intensive year 2008 Neo is back in his studio for 2009 to create new sounds and beats for the harder club styles.

May 2009 Update Neo Stops Producing For Blutonium Records
"Recently I quit all my business relations to Blutonium Records due to differences on how things should work... But no further details on that, just wanted to make this official ...
I want to thank blutonium politlely for some nice and helpful years.

Now the time has come to make my own way, after producing more than 130 tracks for blutonium...."
Sites:
djneo.de, MySpace
Aliases:
Christopher Ast
Variations:
Viewing All | DJ Neo
Neo