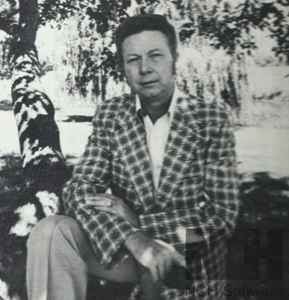 Real Name:
Harley Allen
Profile:
American bluegrass guitarist and singer/songwriter. Born February 12, 1930 in Pigeon Roost Hollow, Harlan County, near Hazard, Kentucky, USA. Died April 3, 1993 in Dayton, Ohio, USA. He is the father of Harley Allen, Greg Allen (10) and Ronnie Allen (4).
Harley "Red" Allen (reportedly christened “Arley” and later known as “Harley”) came to Dayton in 1949. With Frank Wakefield and others, he played the West Third Street bars.
In 1952 he formed the group Red Allen and the Kentuckians.
After recording three singles for Cincinnati’s Kentucky Records, Allen hooked up with the Osborne Brothers. Through Dayton DEEJAY Tommy Sutton, they secured a recording contract with MGM Records and became members of the WWVA Jamboree in Wheeling, West Virginia. While working there, they developed the high lead style of bluegrass harmony, in which two parts are sung below the melody.
After splitting with the Osbornes in 1958, Allen returned to Dayton and cut a single on Les Bodine’s BMC label with Frank Wakefield and Red Spurlock as the Red Heads.
In 1959, Allen and Wakefield moved to the Washington, D.C. area and re-formed the Kentuckians with the addition of Wakefield. During this period, he recorded on Starday, Rebel, Melodeon, County, and Folkways.
In 1967, Allen worked several months with Earl Scruggs as a Foggy Mountain Boy, filling in after Lester Flatt’s heart attack.
In 1968, after the Kentuckians broke up, Allen went to Lexington, Kentucky and formed the Kentucky Mountain Boys with J. D. Crowe.
In 1969, Allen returned to Dayton and joined his four teenaged sons to form Red Allen and the Allen Brothers. They recorded on Lemco, King Bluegrass, and Folkways.
In the 1980s, Allen recorded for Folkways, and performed closer to his Ohio home until his death in 1993.
After his death, many of the musicians Allen knew or had played with got together at Memorial Hall in Dayton for A Tribute To Red Allen.
In 2005, Allen was inducted into the IBMA Bluegrass Hall of Fame.
In 2007, Dennis Satterlee authored a book on Allen's musical career titled "Teardrops In My Eyes," published by Plucked String Foundation, Inc.
Sites:
bluegrasshall.org, Wikipedia, cindaybluegrass.wikidot.com
In Groups:
Bluegrass Reunion, The Kentucky Mountain Boys
Variations:
Viewing All | Red Allen (2)
Allen, R. Allen